“We saw his star in the east and have come to worship him.”  Matthew 2:2 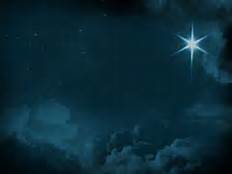 How did those Magi know the star was his star?

How did they know the star meant a king had been born in Israel?

Why did they want to worship this infant king?

Why would they travel hundreds of miles to see a child?

Were they pagan astrologers or believing astronomers?

Were they familiar with the writings of Ezra, Nehemiah and Daniel —

those prophets of God who had been exiles in Babylon?

Did they recall the days in Persia when Queen Esther saved her people?

Did they read the prophecy of Balaam in the Pentateuch?