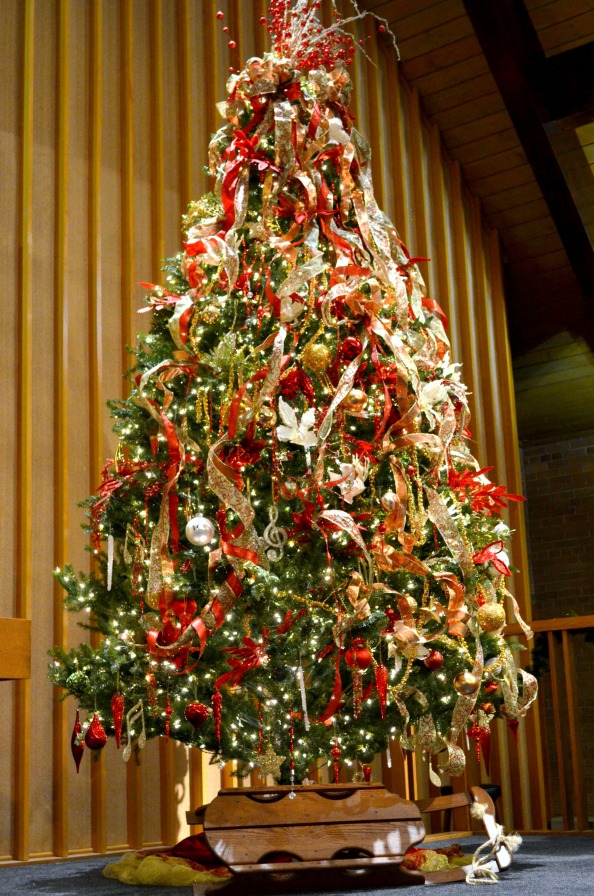 We sang “O Come, All Ye Faithful” this morning….

…a church full of faithful people who came to worship.

…a church full of voices giving glory to the newborn King.

“The people walking in darkness have seen a great light.”  Isaiah 9:2

“Do you think I cannot call on my Father, and he will at once put at my disposal more than twelve legions of angels?”  Matthew 26:53

What stopped Him from calling on His Father that night in the Garden of Gethsemane?  When the detachment of soldiers came with their torches and swords, why didn’t He signal for 70,000 angel warriors to swoop down and fight for Him?

He could have called everything off right then.

He could have shown those Pharisees who was boss.

He could have sent those Roman soldiers running.

He could have skipped dying for the world and gone straight to the Father.