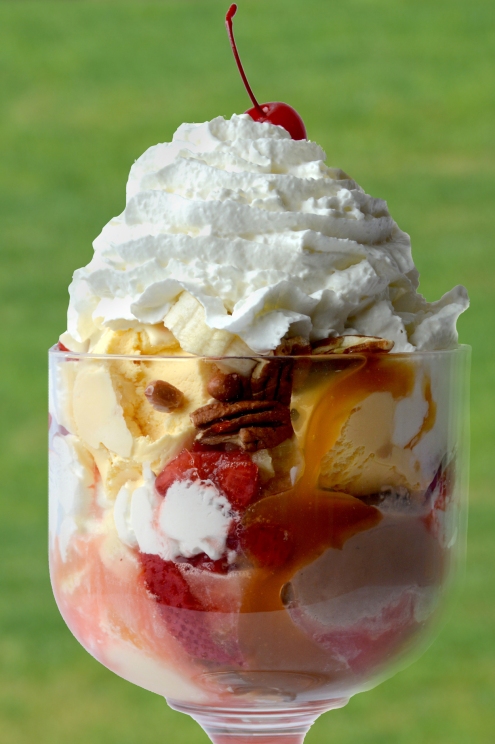 Lalapalooza: an extraordinary or unusual thing; an exceptional example.

In 1883, Henry Bridgeman started a dairy business in Duluth, Minnesota, carting milk from home to home by horse drawn wagon. Fifty-three years later, Henry’s sons, Chester and Roy, decided to strike out on their own and opened the original Bridgeman’s Ice Cream Shoppe. Ever since, Bridgeman’s brand has been known for high quality ice cream in crowd pleasing flavors like Caramelicious, Coconut Commotion and Raspberry Fudge Torte.

They are also renowned for the La La Palooza.

This over-the-top dessert is a sundae made up of eight scoops of ice-cream (two each of vanilla, chocolate, strawberry and butter brittle) drenched in decadent caramel, pineapple and strawberry toppings, with handfuls of chopped walnuts, cherries, and sliced bananas and crowned with a mountain of whipped cream.

Anyone who eats a whole Lalapalooza in their restaurant receives a certificate commemorating the feat. Finish off two Lalapaloozas at one sitting and you get both desserts free. Along with a bellyache. And a possible life-long aversion to ice cream.

Grace is eight scoops when two would do.
Grace is rich sauce generously poured on top.
Grace is toasted nuts and sweet cherries in syrup.
Grace is bananas at that just-right stage of full flavor.
Grace is a mountain of genuine cream whipped to perfect peaks.

Jesus came to earth full of grace
and poured out His favor on us undeserving rebels.

“From His fullness we all have received grace upon grace.”
John 1:16

Jesus piles on grace
and then more grace.
Grace served
on top of grace.
Grace running over.
Grace dripping down.
He dishes out grace in
huge,
heaping
helpings,
lalapalooza style. 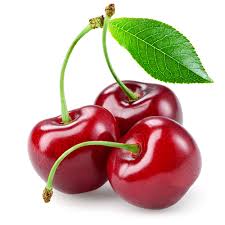