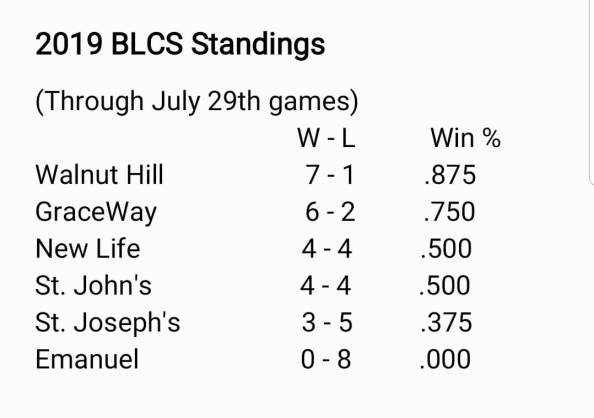 This is the kind of story ESPN loves to throw in their sportscasts.
They’re called human interest stories.
But I’ve never heard ESPN report on church league softball.
They should.
It’s intense.

Emanuel put together a promising team, but our intrepid players came up short week after week. (See above graphic.) You know how teams in the basement are regarded — sometimes with pity, sometimes with disdain. Often, without respect.

But there’s no crying in church league softball.

So Emanuel went into the end-of-summer tournament
with humility and a hunger to make its parishioners proud.

In the first round of the double-elimination tourney, Emanuel saw its first win of the season, beating St. Joe’s. In the next game, Emanuel lost to Graceway sending the E team to the Loser’s Bracket. Fighting back in the second round, Emanuel knocked off New Life and St. Joe’s. Their confidence carried them into the semi-finals, where they out-dueled Graceway once again. That set up the championship showdown with first-place team, Walnut Hill. Emanuel had to beat them in two straight games to win the trophy.

And they did.
It was one for the ages.
What a way to end the summer! 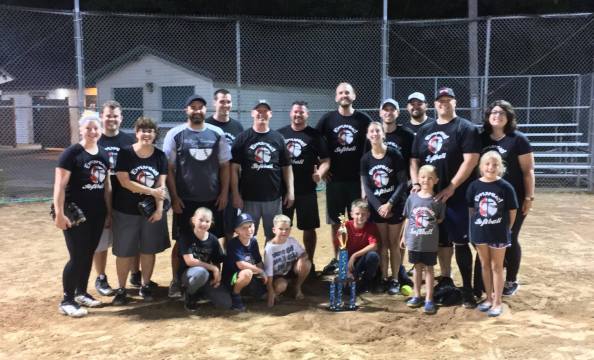 4 thoughts on “The Last Shall Be First”