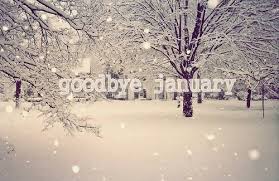 1. Sitting in the back pew changes everything. On the first day of 2017, I didn’t have any responsibilities in the worship service, so I sat in the third row from the back instead of my usual third row from the front. I could barely see PB from back there. He couldn’t find me in the crowd. I think it knocked the whole congregation off-kilter.

2. I was the lucky recipient of a month’s worth of free bagels from Panera. One free bagel every day in January! Except Panera is 9.2 miles away and it costs $1.64 in gas to drive there and if I bring PB along, I end up spending another $5. I begged them to give me 31 bagels and be done with it, but that’s not what the marketers had in mind. Plus, 31 cinnamon crunch bagels with honey walnut cream cheese = 15,810 calories. I settled for five free bagels. (You do the math.)

3. Quote of the month: “A good journey begins with knowing where you are and being willing to go somewhere else.” (Richard Rohr)

4. Going to the movies on a Tuesday is a cheap date in Madison. We went to see La La Land and happened upon “$5 Tuesdays” and free popcorn for signing up to be a member (at no cost). It made me want to tap dance down the theater aisle.

5. This year’s Bible Reading Plan is forcing me to slow way down and squeeze out every morsel. Two verses a day makes for a fun treasure hunt.

6. It’s not a good idea to watch two TV series at the same time. Especially when the same actor is in both shows. Rufus Sewell is messing with me. He’s a good guy in one show and a bad guy in the other. I keep getting his roles mixed up and I’m confused as to why a cruel Nazi commander is in 1830’s England and why a kind, Victorian gentleman shows up in 1962 post war America. Like I said, it’s confusing.

7. Once upon a time, my son was the lead screamer in a screaming rock band. Today, he can sing every song from every Disney princess movie, acting out scenes with his very own 3 year old princess. Flynn Rider has nothin’ on a real live Prince Daddy.

8. Sometimes The Message version nails it. John the Baptist’s statement, “He must become greater, I must become less” is powerful. But Eugene Peterson’s paraphrase paints a picture: “This is the assigned moment for Him to move into the center, while I slip off to the sidelines.” I’ve noticed lately that there’s lots of room on the sidelines.

9. Wintry weather has wreaked havoc on Wednesday nights. We’ve had to cancel church events twice this month. However, PB had a funeral on the day of a snowstorm. And babies were born regardless of the weather. So I guess it’s safe to say that birth and death aren’t called off for inclement weather.

10. Way back when we had four little faces sitting around our homeschooling table, we started the day off with prayer. We prayed for our family, friends, and leaders. We prayed for our state and federal representatives, our governor and our president. We prayed for Ronald Reagan, George H. W. Bush, and Bill Clinton. Then there were no more little faces around the table. But I continued to pray for George W. Bush and Barack Obama. I didn’t vote for all of these presidents, but I prayed for each one. I’m not gonna stop now. In fact, I may even pick it up a bit. May God shed His grace on us. 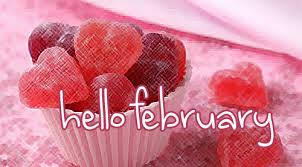 5 thoughts on “10 Things I Learned in January”

I never cared much about rocks. Boy, was I missing out. More on the blog today. dinahoverlien.com #asmalldropofink #rockscryout #jesusistherockandherollsmybluesaway
Loading Comments...
%d bloggers like this: